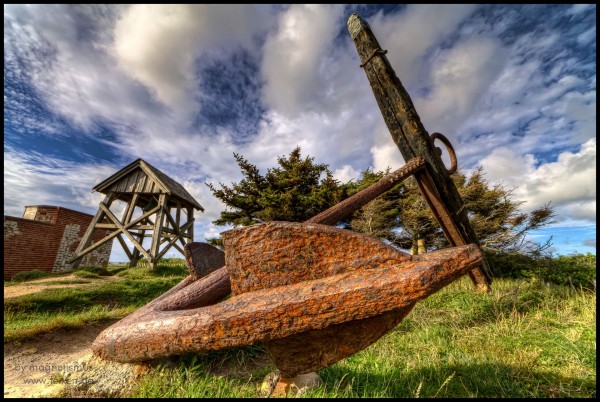 Mårup is a former parish seat in the north of Jutland in Denmark. The site offers more than any other in Denmark, the impressive spectacle of nature. The place is located above the imposing North sea coast.

In this design the anchor was shown. This comes from a
British frigate that ran aground there on the coast. The frigate „The Crescent“, which was on the way to Gothenburg with stock for the English fleet, stranded in December 1808 before Mårup. The 226 dead are buried in a common grave at the cemetery Maarup. 7 officers and 55 sailors survived.